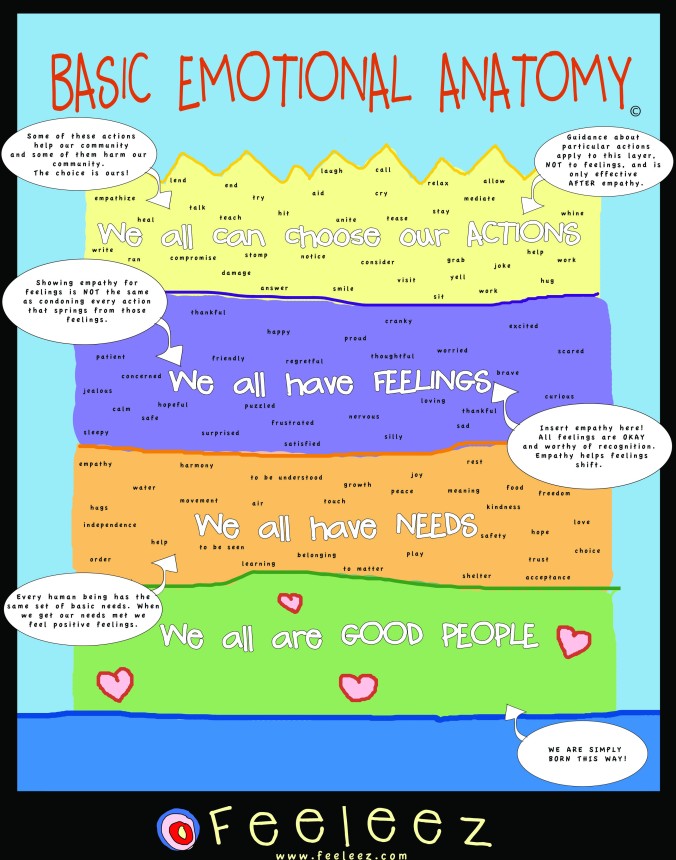 So — there’s this dirty little parenting myth that started decades ago and that lingers still in the rarely mentioned corners of the current social parenting contract corrupting the ears of those who listen, and driving opposition into the hearts of families everywhere. I make it sound sinister, because — well, it is. No one set out to make it so. No one started the parenting shift toward managing positive and negative behaviors as a strategy for instilling character and making our children become good people in order to hurt anyone. No one made Behaviorism the predominant psychological model underpinning all of Western Society’s parenting in order to be mean. We’ve just wound up justifying being mean in order to make our kids good people.

Over time, and according to the predominant mythos, we’ve adopted the habit — the behavioral trait, if you will — of dealing with our kids on the level of behaviors almost exclusively. We’re constantly mowing down behaviors we don’t like (only to have others crop up in their stead), and desperately watering and nurturing and pruning to cultivate the behaviors we do like. Culturally, especially in America, we’re obsessed with “halting misbehavior in it’s tracks!” and just as vehemently if not more so with “catching them being good”, in order of course to make them do whatever that good behavior was more. We’ve been coaxed into believing that if we do these things — if we make them do more good actions and not do as many bad actions — that our children will then in due course (and with due diligence on our parts) become good people. They’ll choose to do the good things we’ve made or bribed them into doing because we’ve made it habitual for them to do so (especially if there’s a reward or punishment around to be the parent in our stead…). They may hate us for it, but they’ll be good people with a strong sense of discipline the myth assures us.

Now, honestly, it would be one thing if this were a viable method. If it worked (particularly, if it was, as the myth portends, the only thing that worked), then it’d be worth considering as an approach to at least ponder from time to time, to pepper in, so to speak. But it doesn’t even do what it set out to do. The scientifically proven method that works so well on so many other species, that even works quite well with adult humans, when applied to human children over time fails utterly at both instilling the behaviors it sets out to instill and inhibiting those behaviors it sets out to inhibit. It furthermore creates resistance to, both, the preferred behaviors and to the system by which the behaviors are manipulated; it also creates a preference for the prohibited behaviors or others of their kind. If you need convincing go to the man who burned down the Behaviorism tower, himself, Alfie Kohn. His quintessential books, Punished by Rewards, and Unconditional Parenting, collect and elucidate the reams of psychological research uncovering the inability of the Behavioristic approach to control our children’s actions — especially in the long run, and especially if there isn’t a reward-and-punisher standing over them.

You know why it doesn’t work? Because we humans are funny. We’re simpler and more complex than Behaviorism pretends. As it turns out, there’s a whole lot that goes into why we choose, or subconsciously move toward, certain actions and not others. Whether we are going to be rewarded or punished (if we’re caught) doesn’t always enter into the equation when humans are embroiled in their amazing interactions with each other. Most of the time we’re acting because of something we think or feel that motivates us — often in spite of almost all the consequences, as we tend to pay way more attention to the outcomes that agree with what we’re motivated toward. Good feelings — which biochemically tend to also invoke good thoughts, resulting in more good feelings, and so on, — inspire actions that most of us like. Less comfortable feelings, especially those ones we’d pretty much all call “bad”, make us biochemically uncomfortable in our minds and bodies; and one of the most common ways of discharging this discomfort is in destructive, disharmonious, uncooperative, even violent action. And if strong emotion is involved, particularly with kids, then there is a loss of higher brain function, and a diminished ability to make “good choices”, to feel empathy, to act compassionately, to even be self-aware, or able to control impulses, or calm down.

This is one reason it’s unfair to expect a child who is feeling awful to do anything other than “misbehave”. They are almost incapable of choosing another course because their feelings are interrupting their brain’s ability to control itself. They are out of their minds. They plead temporary insanity! Give ’em a break judge! 😉

If we really want to effect how our children are behaving, we have to get down underneath the actions themselves, and take a good look at the feelings involved. If it helps, think of their actions as physical code for their feelings. Usually if the feelings are uncomfortable, if the kid is acting out because she feels so rotten, it’s because she has a need (perceived or not) that is going unmet. It’s a further “complexity” in human psychology, but a simple truth, that those “uncomfortable feelings” I describe above, that lead to what we might generally call “disagreeable actions”, most commonly spring from needs that are lingering, causing unsafe, disconnective, unworthy, untrusting feelings or the like which then spring into other feelings of anger and rage and antagonism in order to protect the brain from fear.

It goes like this: unmet needs lead to uncomfortable feelings and out of those come disagreeable actions. And the opposite is how we respond: if we don’t like the actions, then we attempt to assist with the feelings informing the actions, and afterward (because co-processing feelings should always come first) if necessary, we address any underlying unmet needs involved with the uncomfortable feelings (recognizing that often just letting out some uncomfortable feelings and/or getting the connection that comes from doing the process together is enough and no other needs have to be addressed right then). In my opinion, all of parenting is distilled into managing the two directions of this flow.

As it turns outs, when we shrug off the Behavioristic shroud obscuring everything our children do, when we take a look underneath their actions, connect with them through empathizing with their feelings, and help them meet their underlying needs, then we get a chance to know what’s below all that, we get to know the truth — namely, that our children always already are good people. They’re like all of us — when our needs are met, and we feel good, we shine. If we give our kids the chance to act from a place of feeling good and connected and supported and with their needs met, then they will surprise us with the kind, compassionate, empathetic choices they will naturally make.

We don’t have to wonder how to make them be good, we just have to give them the chance to be the good people they already are. Yes, we’ll have to show them the ropes — teach them action codes that display feeling good in a socially conducive manner, as well as, how to get their needs met without destroying anything — and it takes time for them to develop their behavioral-linguitic abilities, and the synaptic integrity to manage their emotions and still make good choices under duress. But the goodness (and by that we all really just mean the capacity for human tenderness, social concourse, and cooperation), no matter what it takes to develop it, is always there. If we help them get their needs met, and process their emotions in healthy ways, then their goodness will blossom. And when they’re doing things that we don’t like, it’s just a sign that they need our help to keep the garden healthy.

We don’t have to be stuck spinning our wheels in the behavior-mowing game. We can get passed all that kind of maintenance. And when we do, when we nurture the soil, when we meet the garden’s needs, then the goodness comes flowering out; and we can sit back and enjoy the roses!

Now, maybe you’ve never gardened this way and you think I’m making it up… Maybe like an industrial farmer, you’re skeptical of this kind of “permaculture”, or you’re not sure how to get started. Feel free to contact me if you want to discuss it more, or if you want help converting your garden. I can show you the best tools and how to dig under those weedy actions, as well as how to build up the soil so it produces the good flora that you’d rather see. Don’t hesitate to get in touch — I’m here to help! ❤ 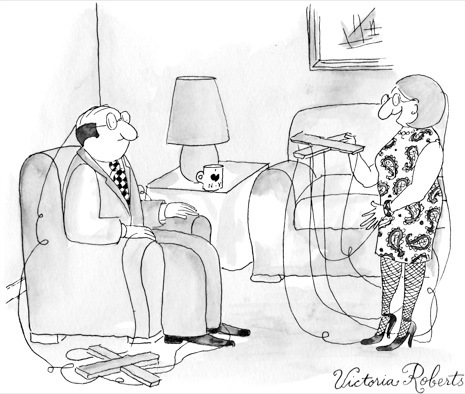 Are you a puppet? No offense, but seriously, is someone controlling you? Is someone conjuring your life and making you play along? Is someone else writing you in as the unwitting character of your own story?

Well, I’m hoping that by the last one of those questions, you were shouting a resounding, “Noooo!” But put more subtly, I wonder if you might find yourself frighteningly less disagreeable. What I mean is, you may be willing to resist being called a puppet, or being outright controlled by another, but are you giving away your power in other less obvious situations?

Here’s a good way to check – answer these few questions:

If you responded to any of the above questions with any answer other than, “By my choice and intention” or a variation thereof, then you are giving away your power.

How, and to what degree, we take responsibility for our lives and what is showing up in them right now, are fantastic indicators of how much power we currently have. If we are aware that we are responsible for everything, then we are already more powerful. If we own that responsibility and make it our motivation – well then, our power becomes immeasurable.

A place to begin taking more responsibility in your life is by refusing to ever play the victim again.

I don’t mean become a bully, take self-defense classes, or increase your vibrato in adversarial scenarios. I mean stop blaming anyone else for anything that happens to you. Stop saying that the universe doesn’t want you to have something. Stop saying that you “can’t” because of someone else. Stop pointing the finger at coworkers, bosses, spouse, lovers, friends, kids, or strangers. Don’t let them have that power over you.

Take that power back! Own every aspect of your creation. Delight in the surprises that you have made for yourself. Revel in the opportunities for growth, and exploration, and change. Savor the many chances to bite the dust on your own volition, by virtue of your own power, and at the end of your own choices.

Sounds hard, but you begin with one choice. Make the one choice to own your power. And then, just don’t stop using your ability to chose, recognizing that your life is all your choice.